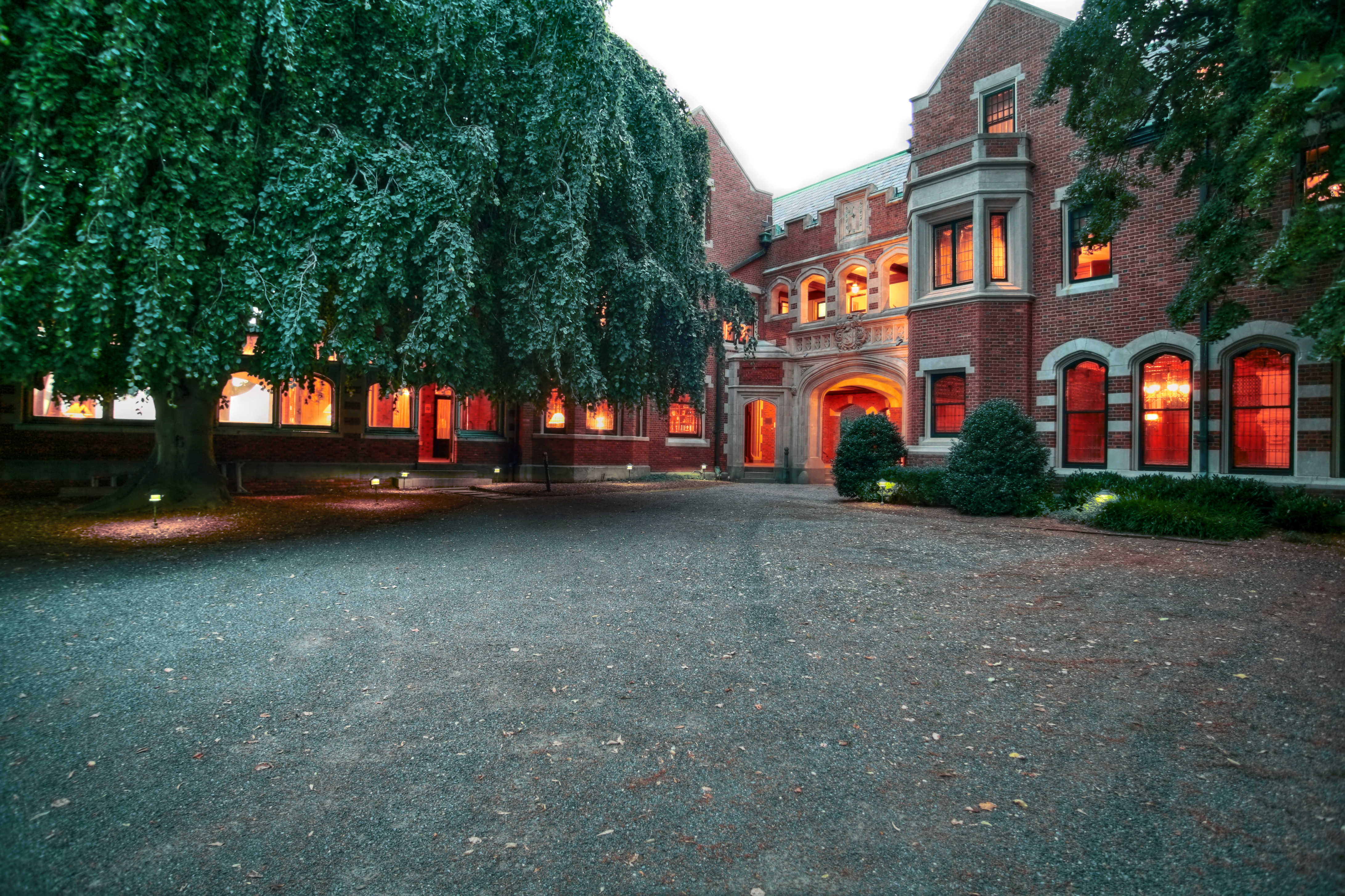 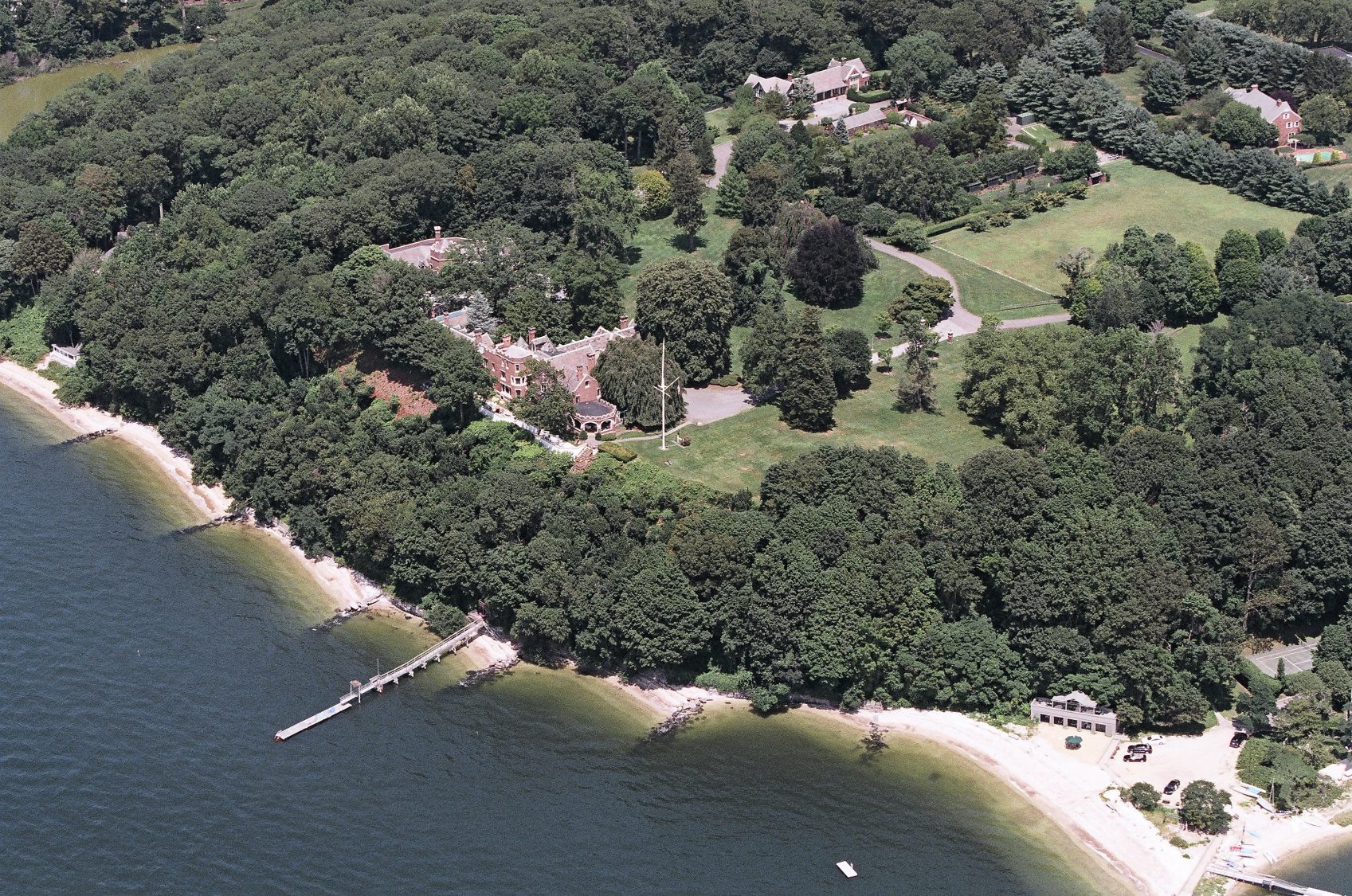 LLOYD HARBOR.  Long Island’s “Gold Coast” is dotted with many grand estates rich with history and stories of famous owners, but few if any have as long or more colorful history than Fort Hill House. Standing majestically on a bluff overlooking the cerulean waters of Long Island Sound, Cold Spring Harbor and Oyster Bay, this 10-acre estate’s story began long before the Revolutionary War and has seen everything from English soldiers repelling rebels to celebrity guests enjoying a gala ball. High on a bluff overlooking the water with endless walkways, award-winning gardens, and a lighted staircase descending to 1,800 feet of beach and a 160-foot deep-water dock, this magnificent 37-room, 1904 brick Tudor has been lovingly and impeccably restored to its former glory by the present owners sparing no expense and skipping no detail. Completely updated with all new heating, air conditioning, electric and plumbing, the residence offers every creature comfort so sought after today while displaying all the charm and exquisitely crafted architectural detailing of the original design. High coffered ceilings, linenfold paneling, inlaid floors and intricate millwork combine with breathtaking vistas of sunsets across the Sound and enthralling strolls through enchanting gardens creating an unforgettable setting for romance, relaxation and entertaining on a level of regal proportions. Fort Hill House includes an indoor squash court, separate wing with ballroom and expansive guest suite, a commercial-sized state-of-the-art kitchen, solarium,banquetsized dining room, verandas, terraces, balconies and much more. Approached by a circular courtyard, the manse welcomes visitors through a porte cochère to a second circular court yard. Reached by a separate drive, an impressive 5,000+square feet garage built by the present owner in 1994, closely resembles the main house. Location Lloyd Neck encompasses approximately 10 square miles and is located about 30 miles from Manhattan on the North Shore of Long Island. Many notable personalities have called it home over the past century including Marshall Field, whose estate is now Caumsett State Park with miles of equestrian and cross country ski trails. Just a few miles south, are the delightful villages of Huntington and Cold Spring Harbor boasting charming shopping districts and fine and casual dining. New York City is approximately a 50-minute commute by train or car, and airports are about 40 minutes away. History Few areas in the United States have as long and as colorful a history as Lloyd Neck. Encompassing approximately 3,000 acres and known originally as Caumsett, Loyd Neck is an emerald neck of land extending into Long Island Sound between Cold Spring and Huntington Harbors. It was originally purchased from Matinecock Native Americans in 1654 for a few pieces of clothing and some tools. In 1670, the area became the property of James Lloyd of Boston, who had his son, Henry develop the area as a manor in the English tradition, where tenants paid so much for the privilege of living and farming there. The Lloyd Manor House was built in 1711 but shortly burned down and was replaced 1714. It was occupied by Benjamin Thompson, who designed the nearby Fort Franklin that was built on the very site of the present Fort Hill House. Lloyd Manor had the unique distinction of housing the Duke of Clarence (later to become King William IV). During the Revolutionary War, Fort Franklin, perched on a bluff high above the water, was a strategic part of England’s defense of her war ships moored in Cold Spring Harbor and Oyster Bay. Revolutionary forces tried many times to take the fort but to no avail. For centuries, cannon balls, shot and coins have been unearthed by gardeners throughout the Neck. The Lloyds forfeited the land around the fort to England’s military, and it was subsequently purchased in 1879 by Anne Coleman Alden. Alden commissioned famed architectural firm McKim, Mead & Bigelow to build her a summer residence on the site. In 1900, William John Matheson, a brilliant chemist who founded a dye and pigment company that merged with J. P. Morgan’s Allied Chemical, purchased the 330 acre estate from Mrs. Alden’s heirs. He commissioned Boring and Tilton, architects who designed the Ellis Island buildings, to create a sprawling brick and limestone structure over the McKim house in a Tudor style with castellated parapets, colonnades, and ramparts overlooking the water, paying homage to its predecessor, Fort Franklin. One remnant of both the Alden house and former fort can be seen in the quadrangle courtyard. Here, a semicircular wall formed from the original fort earthworks diplays a curved built-in seat designed by Charles McKim and a headstone taken from the pasture that pays tribute to a fallen English soldier. Matheson later added an indoor squash court, a porte cochère, ballroom, and acres of formal gardens. The present owners purchased Fort Hill in 1992 and over 3 years, meticulously restored Fort Hill from the ground up to its former glory. Today, it is not only an historical masterpiece, but it is a comfortable residence with all updated amenities, new electric, heating and plumbing. Following the original footprint of Matheson’s estate, it includes three acres of exquisite formal gardens plus the addition of a 5,000+ square-foot garage, built to closely resemble the main house’s architecture. In 1996, Fort Hill won the New York State Preservation Award, and in 1998 its magnificent gardens won the Long Island Nursery and Landscapers Award. 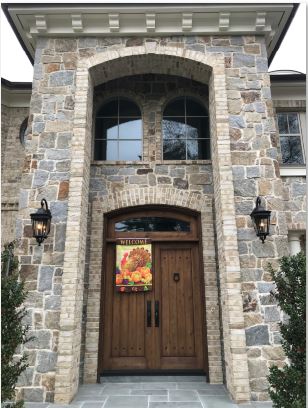 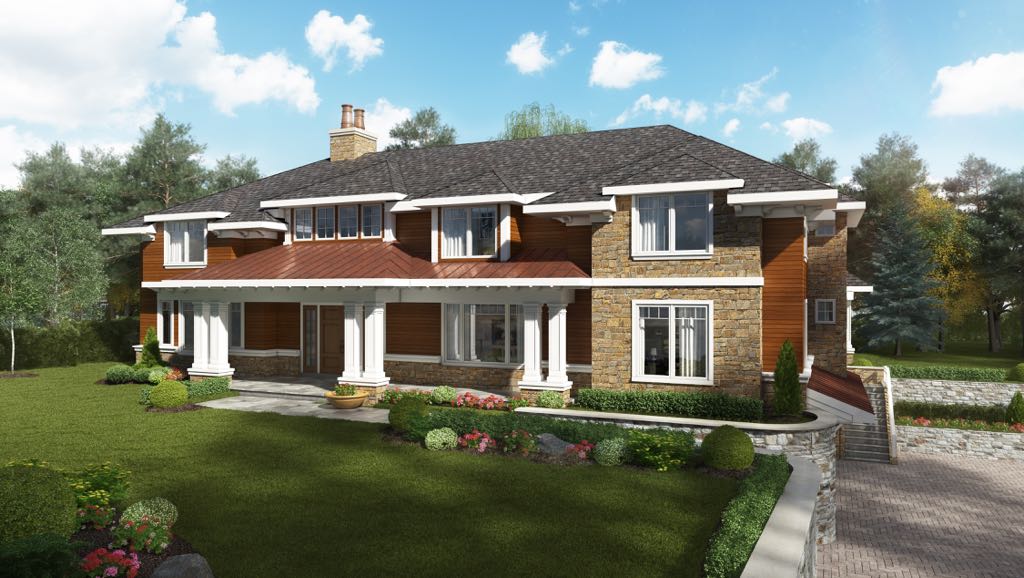 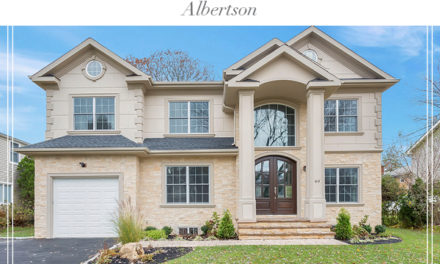